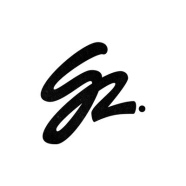 Recently, SystemZee, a YouTube Creator–known for Minecraft videos and a Minecraft Evolution SMP member, decided to go full-time on YouTube.

Over the weekend, I was able to interview him.

Let’s start out with some typical background questions.

These questions are always so difficult to me, I love everything usually. My favorite movie(s) would have to be Thor Ragnarok right now, along with the other Marvel movies. Ragnarok was such a great movie, great story, comedy, action, etc! 4.5/5! Other than that I really enjoyed Man of Steel. I’m a big superhero kind of guy. I think you just made another subscriber…if I wasn’t already one…that is.

Age of Adaline is also a cool movie, interesting story. As for my favorite book, my all time favorite read was How To Win Friends and Influence People by Dale Carnegie. I’ve learned so much from that book, as have many people. That book has been around for nearly, if not over, 100 years. My favorite animals are dolphin-ately dolphins and dogs.

Speaking of superheroes and dogs…no, Joe, now is not the time for shameless self-promotion…

Do you watch other YouTubers? If so, can you name a few?

I watch a lot of other channels similar to mine. To name a few, all channels from the Minecraft Evolution SMP, BdoubleO100, GoodTimesWithScar, Welsknight, etc. Non Minecraft close friend channels would mainly include Tom Syndicate and his vlogs.

When did you start playing Minecraft?

My close friend Logan (KingMasky). I actually have him to thank for a lot of things. He may not be reading this but if you are Logan – thank you, for everything. Heck, I wouldn’t be anywhere close to where I am now without him. Anyways, yeah I always thought Minecraft was a game about building tall towers and jumping off of them. Weird huh? I kept seeing high jump videos on YouTube so I just ignored it. Logan inspired me to look further and I’ll never forget that first day playing on his locally hosted hamachi server.

Since 2009 believe it or not. I started my current channel in 2012 though. I would honestly not even consider that time as “being on YouTube.” I’ve only been consistent and dedicated for nearly two years now.

How did you come up with the name SystemZee? What was the inspiration behind your avatar?

I totally took it from my uncle. Back in the 90’s he used the systemz as his alias. My cousins and I always thought it was cool. I took that name back in 2009 and just kind of kept it. At least I added two “e”’s though right? Haha! As for my avatar, I wanted something to symbolize my name in the form of a quick signature. So the SZ, or g2 as some people call it, came to mind. I illustrated it and still need to clean it up.

How would you describe your avatar? Is it steampunk? Is it an inventor? Is it an Wild West character?

My Minecraft skin is definitely a steampunk/inventor/bartender type character. I recently changed it to be wearing suspenders to resemble an old, tired builder who loves to create.

What made you want to start doing YouTube videos?

The freedom. My entire life has been driven by creativity and the ability to simply – create. Its such a fascinating topic to me. I started doing YouTube videos because I loved to play the games I was recording; I enjoyed the editing part, and most importantly – seeing reactions. My community is solid and very much enjoy what we’ve all created together.

How do you deal with trolls or naysayers (those who say things like “YouTube isn’t a real job”)?

Ha! YouTube ISN’T a real job, and that’s the point. I can’t say it’s easy though, I’ve done a lot more work in the past month going full time than I have otherwise. But I just ignore those types of comments. I’m fortunate enough to have a very cool community full of nice people.

What are you best known for? Such as catchphrases, sound effects, intros. Did you decided it or did they just happen organically?

I think I’m best known for my unique editing style and builds more than anything, but there are definitely a number of things that we could consider memes on the channel. For example, on my livestreams we have these random moments where we rave to “Dolphin On Wheels” by Kill The Noise and celebrate by spamming dolphins. That was totally random honestly, but everyone loves it. We also have the #squidsquad – which was all originated from me building a giant Squid in Grian’s base. Just things like that. It’s all random haha.

What made you decide to do YouTube full-time? How did you know it was “time”?

I guess honestly I realized I was always waiting for the right time but that time would never come. Late January was around when I decided to quit my job and go full time and it came from analyzing the past few months of performance, having tons of support from family and friends, and a push by my community. Everyone seemed to agree that I could do it – and it was the best decision of my life by far.

It has been absolutely liberating. I’m no longer bound to a schedule! All of my videos for the week are made, so I took my lovely girlfriend down to Destin, Florida for the week, which is where I’m answering these questions actually! I was super nervous at first, but it’s been completely worth it. Family was also pretty nervous but overall supportive, they are all pretty aware of the possibilities from YouTube. You were with your girlfriend in Florida at the time? Sorry on my bad timing. Hope she didn’t mind.

How did you get a custom email address? What kind of programs do you use to make your job easier, such as Hootsuite or video editing programs? Any programs, software, cameras, microphone, so on you would recommend to other YouTubers?

Custom email addresses can be created by setting up a mail server and attaching a domain to them. Most web hosts offer it actually. As for programs, I use Adobe Premiere Pro to edit, Photoshop for thumbnails and other art, Fraps for recording, OBS for livestreaming. As for hardware, I don’t have any cameras at the moment, but for the microphone I use an AT2020 attached to a pop filter and boom stand arm. I have nothing but love for that microphone! As far as other YouTubers go, I always just recommend using what you have and slowly grow from there.

What advice would you give to people just starting out on YouTube or wishing to go full-time? Or just advice in general?

The best advice I can give, even though I feel like I’m not successful enough to be giving advice, is to love it and only do it if you love it. Don’t ever expect success as none of us are entitled to it. You have to grind and make quality content and stick to a schedule. Since none of us can predict success on YouTube, or expect it, the only thing you can do is your best.

How do you get the word out about your channel? How do you promote it?

I track SEO and other analytics through the Creator Studio. Whenever I upload a video I test to see what does and does not work. Other than that I try to network and make as many friends as possible!

Is there anyone you wish to thank or acknowledge?

All of my friends, family, and everyone watching – naturally. But I’d also like to thank the group of other YouTubers who have helped lift me off the ground and inspired me to work hard.

Thank you to everyone for helping me slowly achieve my dreams here on YouTube. This has been an unreal experience and I can only look forward from here. I’m excited for what the future may bring.

Thank you for taking the time to do this interview (especially if you were out with your girlfriend). I wish you lots of luck in your future endeavors.

Now is time for shameless self-promotion.