I was listening to some music from Spotify while exercising and it began playing the original Teenage Mutant Ninja Turtles theme song. It reminded me how when I was younger I thought they said, “When the evil Shredder of Tex,” instead of “When the evil Shredder attacks.” For a long time I wondered why the Ninja Turtles had such a problem with Texans.

Ah, youth, so many fond memories.

Until the next wormhole…thanks for reading. 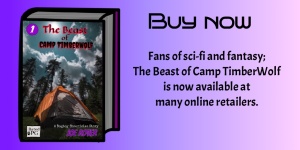