Over the weekend I saw Avengers: Endgame. I had a hard time figuring out what I thought about it. There was discontent between my writer brain and my fanboy brain.

As a movie, Endgame was pretty good. The action scenes were well done. There was a nice balance between humor and emotional scenes.

I did have a problem with how Old Man Cap was able to arrive in present day Marvel Cinematic Universe. According to the movie, if you remove (or add) something to the timeline, a new parallel timeline is created. If Captain America stayed in the past, it should have created an alternate present and he’d just stayed in that timeline. Some might say that he used the “time GPS” to return but then he should have appeared on the platform.

It also disturbed me that all the returned people were now five years behind everyone else. Ant-Man ended up missing five years of his daughter’s life.

Then there was the ending. As a writer, the ending was OK. I knew from how Marvel set up the world’s rules and the characters that someone had to die. But, as a fan, I wanted Iron Man to live and just retire with Pepper and his daughter. I know. This ending is more realistic. The hero had to sacrifice to return everyone. Etc.

Also, I felt like it ended with more questions than answers. For example, what about Loki stealing the tesseract. Sure, the tesseract from 1970 was return thus resetting the timeline but Loki still stole it after the New York invasion. The Avengers never returned that tesseract. And if Old Man Steve managed to rejoin the MCU timeline, does that mean tesseract Loki will eventually catch up too? Thor joined the Guardians of the Galaxy–does that mean Loki will show up as the villain in Guardians of the Galaxy Vol. 3?

The reason I became interested in superheroes is because they offer hope. Life has its problems–illness, injury, loss of a job, and so on. In the superhero world, there is the villain that causes problems. The hero does suffer and sacrifice but eventually wins. They show that no matter how bleak things get eventually it gets better.

Life is sad enough without it being thrown back at us at the movies. Sometimes you want to go to the movies to escape. You want the good guys to win and there be a happy ending.

It also felt like the crew had changed the movie to please the “trends and trolls.” When the MCU started, the movies were more lighthearted, but then people kept saying, “None of the characters die,” and “Time travel? Ugh, lame.” It seemed like things were different in Endgame–even Captain Marvel and the new Spider-Man movie seem to lean more towards how the movies were at first.

But then I realized that I was troll-feeding in my writing. I was changing the story to try to get more views or reads. I kept trying to fit the story to the wants of others instead of telling the story I wanted. I mean, you do need to compromise some–like changing something because your readers are confused, but the problem comes when you change the core of the work. If you start changing what made your work special in the first place, it starts to fall apart.

I also realized part of this discontent was a fear that the following movies would follow suit. I was worried that the rest would be all gloomy. I also realized that part of the problem was that I’m getting superhero fatigue. On my way home, I noticed that Captain Marvel was still playing at the theater. There were two superhero movies from Marvel at the theater. Take a breather now and then, Marvel.

I also suffered real fatigue. The movie was just too long. It needed to be about 30 minutes sorter…maybe 15.

Finally, I remembered that Endgame was like a series finale. It was the moment to say “good-bye” to all the characters you’ve gotten to know over the last 10 years. It was supposed to be sad. Also, Endgame was the culmination of 10 years of build-up, it needed to live up to the hype.

So, there were a few problems, like plot inconsistencies and an ending I didn’t enjoy, but as a movie…it was pretty good–I really enjoyed it up until the ending. The acting was well done as were the effects. You cheered when certain moments happened and you cried at other moments. I also enjoyed how the movie did what movies should do–make you think and make you feel. After the movie, I kept trying to figure out why I felt “out of sorts” about it.

I have to give the Avengers: Endgame a 4/5 and a 3/5. It was good from a movie perspective, but not so much from just my personal preferences–I’d much rather Tony live and retire and have the time skip to have only been a couple months to a year.

Sparks of Rebellion has been released!

Joe Rover eBooks are available at many online retailers, such as Barnes and Noble, Apple Books, Walmart eBooks, and more.

In the new Avengers movie Infinity War, most of the Marvel heroes we’ve encountered (I noticed a surprising lack of Hawkeye and Ant-Man) join together to take on the big, bad rock collector himself, Thanos.

This movie definitely changed from its earlier counterparts. The movie was much darker with less joking (there still was plenty of jokes, such as Spider-Man and Star-Lord arguing over pop culture references and Dr. Strange’s “fake name”) and more torture…and screaming. Not to mention a lot of death…and I mean A LOT of death.

I liked that we got to see more of Gamora’s past, namely how Thanos came to adopt her. And I enjoyed that they didn’t paint Thanos as a complete evil jerk who only wants to destroy the universe because he’s got a crush on Death. You actually see that he has somewhat of a heart. Go figure. 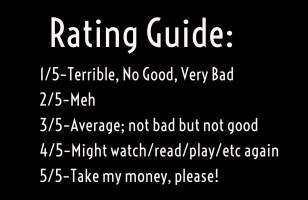 One of my main questions was why did Thor need to get another hammer (axe this time)? I thought he learned in the last Thor movie that the power was inside him all along (cue image of rainbow and sweet music). But he doesn’t use his lightning until after getting the axe. I understand that an axe does more damage than a fist and that you would need something sharp to defeat Thanos for good. But it just seemed like Thor had reverted back to his hammer dependence.

I am really glad that they added the four mechanical spider arms (or waldoes, yes that is a thing–look it up) to Spider-Man’s Iron Spider suit. And Iron Man’s nanotech suit was pretty awesome too. I liked how they made the suit look streamline, like it formed to Tony instead of being a clunky piece of armor. I also liked the addition that it could create all sorts of weapons and seal openings.

The costumes of Captain America and the other outlaw heroes looked just as you’d imagine for a group who’d been on the run for two years. Thanos’ outfit made him look a lot like the comic book version. There were some movie style tweaks to it; but overall, it looked like he’d come right off the page.

Finally, Thor’s costume during the final battle was pretty epic (and say what you will, but I kind of like short hair Thor better). But I have to say Dr. Strange’s cloak is still the best, especially when it started mocking Tony as he lectured Spider-Man.

I did have a problem with Thanos and his use of the Infinity Stones. He didn’t seem to use them much, other than the power and space ones. I expected him to do more like he did on Nowhere where he turned Drax to stone and Mantis to ribbons or at the very least teleport around the battlefield like Goku. I guess he wanted to fight the heroes in order to test them because whenever one got a good hit in or did something unexpected, Thanos would say something close to, “I like you.” And he did adopt Gamora because she was a fighter.

And, of course, there was the trope of Dr. Strange using the time stone to check out all the possible outcomes of their battle with Thanos, which he says he checked like 14,000 or so and only one ended in victory. I groaned and rolled my eyes at that point. Just once I’d like them to say, “Oh no, there was like five ways we could win.”

But, I have to say my favorite part of the movie was not in the movie but in the theater. It was almost more fun listening to the audience cheer when Thor made his entrance at the final battle or their gasps when Thanos stabs Iron Man than watching the actual movie.

So to wrap things up, I have to give Infinity Wars a 4.8 out of 5, mainly because it was a two part movie and now I have to wait about a year to find out what happened.  I mean, come ON MARVEL!! GAH!!

One last note, I do have to give the movie crew credit for being able to do a movie where there are multiple setting shifts (one minute you’re on Titan with Iron Man and his team then next you’re with Thor and Rocket and then back on Earth with Captain America and the rest). Normally, I can’t stand this kind of flopping about, making it seem like there are too many characters and plots going on to keep track of, but the Infinity Wars crew did an excellent job of timing the shifts and not overwhelming people with new information. The shifts seemed seamless. GG everyone, GG.

PS (okay so one more thing): I like teen Groot better than baby Groot. Disinterested, mouthy Groot is so funny. Plus, he’s a gamer–bonus points, Groot.

In other news, the next installment in my eBook series “The Life of Ace Journeyman” titled Alliance comes out May 8. Pre-order now from your favorite eBook retailer. Or you can purchase one of my other eBooks (also available at many fine online retailers).