I was glad to see that the final episode had its normal strangeness. It had the same beat and tone that made it so interesting in the first place. I enjoyed how you could not be entirely sure that what was shown in the episode is what really happened because it is told by BMO, who at first calls Finn “Phil.” But Adventure Time was always kind of like that; you didn’t know if what was going on was really what was going on. 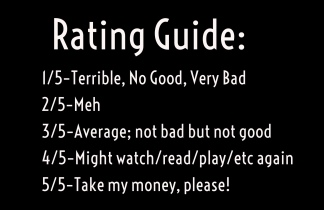 Just like in the other episodes I’ve seen, the main story ended and you think that it is over but then suddenly something else, something more dangerous, happens. The finale continued the high-action and humor that’s been in many of the episodes. And I enjoyed how it wrapped up most of the story. It felt complete. But I also enjoyed how it ended with a hint of a new beginning–not in a spin-off kind of way but in a “the adventure never ends” sort of way. The ending seemed to be saying, “Yes, the series is ending but that doesn’t mean that the characters are gone.”

I also enjoyed how I could watch this episode and still understand what was going on. Like I said: I haven’t seen any episodes in a while, but I didn’t feel lost by all the Easter Eggs or references. The way the episode was presented it could be watched by a die hard fan or a moderate fan. I don’t think someone who never saw an Adventure Time episode would understand what was happening, but people who have seen some, even if it was a small some, could pick it up.

I have to say I am sad to see it go. The episodes I watched were enjoyable and so was the finale. I enjoyed the ending and felt sad that it was ending, but was also happy to see the series get a proper send off. I’d have to give it a 4.9/5 because I’m sure there were issues from animation or storytelling or there might be some continuity issues that hardcore fans noticed, but I genuinely enjoyed the feeling of the episode, and I felt like that mattered more at this point.

So long Finn and Jake and the rest of Adventure Time crew.

Now I’ve got to go binge-watch the episodes I missed.

Joe Rover eBooks are available at most online retailers.